The fragmented novel in Mexico : the politics of form 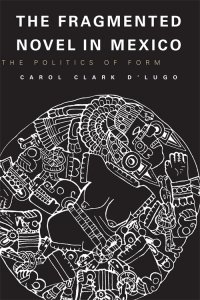 From Mariano Azuela's 1915 novel Los de abajo to Rosamaría Roffiel's Amora of 1989, fragmented narrative has been one of the defining features of innovative Mexican fiction in the twentieth century. In this innovative study, Carol Clark D'Lugo examines fragmentation as a literary strategy that reflects the social and political fissures within modern Mexican society and introduces readers to a more participatory reading of texts.

D'Lugo traces defining moments in the development of Mexican fiction and the role fragmentation plays in each. Some of the topics she covers are nationalist literature of the 1930s and 1940s, self-referential novels of the 1950s that focus on the process of reading and writing, the works of Carlos Fuentes, novels of La Onda that came out of rebellious 1960s Mexican youth culture, gay and lesbian fiction, and recent women's writings.

With its sophisticated theoretical methodology that encompasses literature and society, this book serves as an admirable survey of the twentieth-century Mexican novel. It will be important reading for students of Latin American culture and history as well as literature.