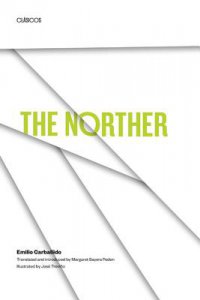 Recognized in Mexico as one of the country's most important contemporary dramatists, Emilio Carballido has only recently become known in other countries through his plays and short stories. This translation introduces Carballido as a novelist. In The Norther what makes and breaks human relationships is his central interest as he traces the course of a relationship between a widow and a young man. The characters are created as their emotional and psychological outlines are drawn, and it is in the characterization that the hand of the dramatist is revealed. But it is Carballido's novelistic talent that has made The Norther the object of widely divergent interpretations. The critical conflict aroused by this novel is discussed in an Introduction by the translator, Margaret Sayers Peden.