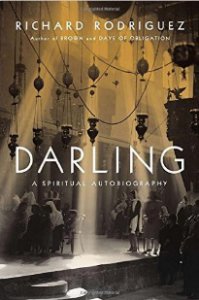 Hailed in The Washington Post as “one of the most eloquent and probing public intellectuals in America,” Richard Rodriguez now considers religious violence worldwide, growing public atheism in the West, and his own mortality. Rodriguez’s stylish new memoir—the first book in a decade from the Pulitzer Prize finalist—moves from Jerusalem to Silicon Valley, from Moses to Liberace, from Lance Armstrong to Mother Teresa. Rodriguez is a homosexual who writes with love of the religions of the desert that exclude him. He is a passionate, unorthodox Christian who is always mindful of his relationship to Judaism and Islam because of a shared belief in the God who revealed himself within an ecology of emptiness. And at the center of this book is a consideration of women—their importance to Rodriguez’s spiritual formation and their centrality to the future of the desert religions. Only a mind as elastic and refined as Rodriguez’s could bind these threads together into this wonderfully complex tapestry.