Latino Los Angeles In Film And Fiction : The Cultural Production Of Social Anxiety 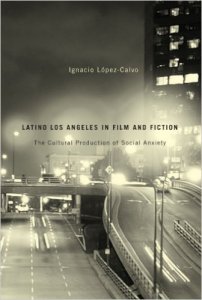 Los Angeles has long been a place where cultures clash and reshape. The city has a growing number of Latina/o authors and filmmakers who are remapping and reclaiming it through ongoing symbolic appropriation. In this illuminating book, Ignacio Lopez-Calvo foregrounds the emotional experiences of authors, implicit authors, narrators, characters, and readers in order to demonstrate that the evolution of the imaging of Los Angeles in Latino cultural production is closely related to the politics of spatial location. This spatial-temporal approach, he writes, reveals significant social anxieties, repressed rage, and deep racial guilt. Latino Los Angeles in Film and Fiction sets out to reconfigure the scope of Latino literary and cultural studies. Integrating histories of different regions and nations, the book sets the interplay of unresolved contradictions in this particular metropolitan area. The novelists studied here stem from multiple areas, including the U.S. Southwest, Guatemala, and Chile. The study also incorporates non-Latino writers who have contributed to the Latino culture of the city. The first chapter examines Latino cultural production from an ecocritical perspective on urban interethnic relations. Chapter 2 concentrates on the representation of daily life in the barrio and the marginalization of Latino urban youth. The third chapter explores the space of women and how female characters expand their area of operations from the domestic space to the public space of both the barrio and the city. A much-needed contribution to the fields of urban theory, race critical theory, Chicana/o-Latina/o studies, and Los Angeles writing and film, Lopez-Calvo offers multiple theoretical perspectives —including urban theory, ecocriticism, ethnic studies, gender studies, and cultural studies— contextualized with notions of transnationalism and post-nationalism.