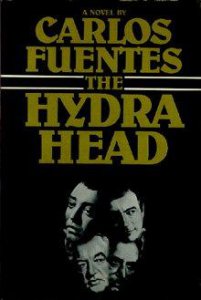 Carlos Fuentes, Mexico's leading novelist, author of, Terra Nostra and The Death of Artemio Cruz, has produced what is probably the first Third World spy thriller, an action-filled, quick-paced novel of intrigue as contemporary as a headline. The Hydra Head has a constant political reality as backdrop: the permanent tension in the Middle East and the vast new oil resources of Mexico, the setting for a brilliant attempt to portray the diversity of one man's experience.

The Hydra Head is a tour de force, but… beneath its impeccable surface lurks serious social content that adds incomparably to its intensity as narrative. Like Graham Greene in his “enterraitments” and Gore Vidal in his science fiction. Fuentes has sounded his major obsessions in a minor key. The fence between fancy and imagination comes down while the charge that electrifies still remains in the air.”