Culture, politics and national identity in Mexican literature and film, 1929-1952 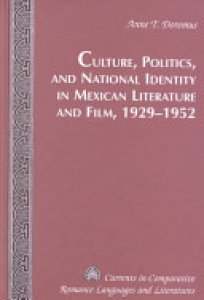 From 1929 to 1952 Mexico underwent a period of intense nationalism as the state, newly emerging from the Mexican Revolution, sought to legitimize itself, consolidate its institutions, and promote economic growth. As a consequence, these years also witnessed a fervent search for national self-awareness in the cultural sphere. This work contrasts constructions of national identity in some of the most renowned literary works of the period with those in some of the most popular films, revealing their distinct functions within the nationalist project. It demonstrates that in spite of their striking dissimilarities, articulations of a Mexican consciousness in these two mediums were complementary within the framework of nationalism, as they satisfied and shaped the interests and desires of distinct sectors of Mexican society.